Andy Menkes has spent a career working with travel management companies — as a buyer, a TMC exec and an industry consultant. As companies assess their travel management service needs, he describes what he sees as a problem with fairness in TMC bids and offers a solution to resolve it.

We are starting to see increased activity in terms of organizations bidding out programs for travel management company services. The reasons behind this may include price increases or client concerns about incumbent stability. It may simply be time for a competitive bid after a long period with the same provider.

A high percentage of bigger companies remain with their incumbents after an RFP. There are lots of reasons why that’s been the case, and I’d like to focus on one of them: the imbalance of knowledge.

Those undertaking a commodity-based approach to the RFP might feel that they’ve provided sufficient information to the bidders if they share high-level data, i.e., total spent on airfares (domestic and international), the number of transactions (online and offline), total hotel spend and total car rental spend.

Except for the incumbent that has a lot more data, this is not nearly enough.

The challenge is that TMCs derive upwards of half their revenue from suppliers, and limited data clouds the picture. This forces TMCs to blind-bid, or take a wild guess at the financial offer. They will put in a small pricing note like, “Subject to further review of spend data.”

The incumbent, on the other hand, also knows:

What’s the recommendation for resolving the imbalance?

Simply create a database of all relevant spend activity and make it available via a secure server to each bidder in the same format. The more data the bidders have that maps what the incumbent already knows, the more competitive their bids will be.

In the absence of meaningful data that all bidders can interpret and calculate, at best you are left with a competitive free-for-all based on abstract pricing quotes and more caveats than a car warranty.

It’s time to make the RFP process more transparent and balanced. There’s a lot to it to address on a different day, but it starts with equal access to data.

Op Ed: Andy Menkes On Fixing The Imbalance Of Knowledge In Travel Management Company Bids
2021-11-09  •  3 Comments
Andy Menkes has spent a career working with travel management companies — as a buyer, a TMC exec and an...
Op Ed: Dr. Robert Quigley On Prioritizing Emotional Health In The Workplace
2021-10-15  •  0 Comments
Last week was Mental Illness Awareness Week, followed on October 10 by World Mental Health Day. To help mark the...
Op Ed: Peter Waters On How Hotel Technology Is Opening New Doors For Personalized Business Travel
2021-08-27  •  0 Comments
Peter Waters heads the hotel IT solutions portfolio at Amadeus. Here's his vision for how hotel companies can use new...

Click here for highlights from the first batch of responses and info about how we do what we do. 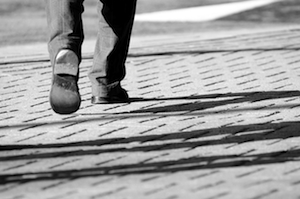 Reporter’s Notebook: Universities Turn To Policy Mandates
2021-11-02  •  0 Comments
The pandemic was a wake-up call not only for corporations with loose or non-existent travel policies but also for collegiate...
Details Remain Bedeviling In Virtual Payment For Hotels
2021-10-27  •  0 Comments
The innovation in virtual payment is clear, as are its challenges. New standards hold some promise for a primary use...
Pundits Assess Greater Reliance On Travel Management Companies, And Its Challenges
2021-10-14  •  1 Comment
The pandemic made more companies question the value of business travel, but at the same time, reliance on the partners...
GM Rolls Out SAP Concur Globally, Considers Pre-Trip Approval
2021-10-07  •  0 Comments
Automaker General Motors is shooting for a "world-class travel and expense operation" after this year bringing SAP Concur's Travel to...
Reporter’s Notebook: Sustainability Stories
2021-10-04  •  0 Comments
The steady stream of sustainability-related announcements this year became something of a deluge from all corners last month. It's not...
Companies Rework Systems For Sanctioning Business Travel
2021-09-14  •  2 Comments
What some once saw as largely penny-pinching paperwork, pre-trip approval now is a crucial component for assessing risk and determining...
Required Reading: International Standards Body Poised To Publish Travel Risk Management Guidance
2021-09-07  •  0 Comments
In the works since 2018, the initial version of ISO guidance on travel risk management is scheduled for release this...
Management Highbrows Bid Adieu To The ‘Road Warrior’ Mentality For Business-To-Business Sales
2021-07-14  •  2 Comments
Old habits may die hard, but they're no match for a pandemic. According to consulting firms like Bain & Co.,...
Big Airlines, Card Companies Build ‘Airport Lounges Of Tomorrow’
2021-07-08  •  0 Comments
With unruly passengers, fears of virus transmission and understaffed airport concessions, a quiet place to sit, work and eat can... 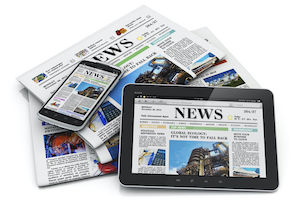