Sometimes the things we write about peter out. Sometimes more developments happen, but they don’t warrant an entirely new article. In other cases, something unexpected or counterintuitive is noteworthy in its continuance. Hence, the Updates post.

Assessing The Impact Of A Mid-Major Merger

Alaska’s inclusion in corporate programs generally has been confined to companies based in or traveling extensively to the Pacific Northwest. Virgin America’s corporate inroads mostly have come in the Bay Area and a few other tech hotspots.

According to J.P.Morgan analysts, Virgin has an “attractive” transcon operation and a “disruptive” presence on the West Coast. The combined network would likely “prove more appealing to consumers and small businesses,” they wrote, “while posing little, if any, threat to the Big Three that align with larger corporations.”

Not necessarily, according to Advito senior practice leader Olivier Benoit. Though he wrote that combining “two smaller niche carriers on the surface seems like a minor story” for corporate programs, the merger “may create conflict/overlap with the larger joint venture carriers,” especially on transcon routes.

That will mostly affect United, the top carrier in San Francisco, where Alaska would claim 16 percent market share, according to Cowen analysts. For Newark-San Francisco and Newark-Los Angeles, Benoit pointed out that Virgin America “is the only competitor to United’s dominant position.” The consultancy laid out some market share figures here. On routes between New York JFK and both LAX and SFO, United no longer is a player but the markets have been competitive. According to Advito, AA, Delta, JetBlue and Virgin each have between 20 percent and 30 percent share in both.

Overall, the larger Alaska would claim a 22 percent seat share on the West Coast and rank as the fifth-largest U.S. carrier with $7 billion in annual revenues. It would acquire Virgin’s eight gates at SFO, six at LAX and two at Dallas Love Field. Alaska also would grab 23 slots at JFK, 12 at New York LaGuardia and 10 at Washington National — all slot-controlled airports — and 15 at Newark.

Given its Alaska partnership, American stands to be a beneficiary, especially in the Bay Area. AA and Virgin America are the only carriers operating from SFO’s Terminal 2. AA has a lounge there that eventually could become accessible to some Virgin America customers via AA-Alaska cooperation.

Alaska plus Virgin America — with codeshare help from AA and potentially AA’s global partners — doesn’t quite match the network that United and its partners bring to Bay Area companies. But it’s nothing to sneeze at.

A year ago we wrote about how New York City was bucking the trend of continued higher hotel rates. Since then, more of the same. The largest U.S. business travel market represents a great pocket of opportunity for anyone negotiating hotel rates on behalf of their companies. It’s also a great market for shopping and re-shopping with TripBam and Yapta.

Analysts are still forecasting strong growth for hotels overall, but not in the Big Apple. “There’s a slowing in revenue per available room while occupancy is really strong,” STR Inc.’s Jan Freitag told us last month. “Given the high occupancy you’d expect some pricing power. It has [hotel] people worried.”

He said the underlying headwinds remain growing supply, the strong dollar and Airbnb.

According to STR data through February, the New York average daily rate has fallen year-over-year in 12 of the past 16 months. The four increases were small, while the highest drop was 8.7 percent in January 2015. The largest decline since then was 7.4 percent in February 2016, the most recent month for which data are available.

According to Hogg Robinson Group’s 2016 hotel survey, released last week, New York was one of just three major North America markets to see a drop last year in average room rate — to $373 from $375 in 2014. “Travel to NYC has increased, but there have been new hotel openings and the impact of disruptor technologies, both of which provide more options for travelers,” HRG wrote.

Safehotels Alliance, the Sweden-based assessor of hotel safety and security procedures, added participating properties in more than 40 new cities last year. It certified 80 Carlson hotels in Europe as part of a previously announced agreement. The company expects to include as many as a couple hundred more in 2016, Safehotels president and CEO Hans Kanold said last month. Safehotels also announced a partnership with distributor Kuoni GTA. 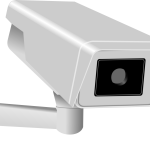 The certification program takes hotel properties through about 280 questions related to safety and security procedures. “We add questions constantly,” said Kanold. “We learn from every incident.”

Attacked in November, Carlson’s Radisson Blu property in Mali was not certified. It’s not as if certification could have prevented anything, of course. But “in general terms, if you have certain routines and trained staff and the document is in place, you can prove that you work with security,” Kanold said. “That’s important. It’s so obvious that hotels which work with security are better prepared. It’s a lot about being able to reduce the damage, lock in guests, communicate with special forces, etc. Some travel managers have compared it with driving a Volvo.” You won’t necessarily avoid danger, but you may mitigate it.

In January, we covered plans by International SOS to develop a new duty of care code of practice. At that time, the Global Business Travel Association told us of a forthcoming update to the well-known Travel Risk Management Maturity Model benchmarking tool. The GBTA Foundation delivered this week, announcing a new version of TRM3. It’s described as “a major update” that includes more detailed assessments and specific recommendations. GBTA members can access the latest version here.

Last April we highlighted several services that were looking to compete in the business-jet market using an “on-demand” model. It seemed at the time as though improving utilization and distribution were great goals, but actually sharing aircraft was raising regulatory eyebrows.

Since then the Federal Aviation Administration succeeded in shutting down the likes of Airpooler and Flytenow. JetMe’s and Ubair’s websites are no longer operating.

However, BlackJet, JetSmarter and Victor — more like traditional brokers than true sharing economy companies — appear to be expanding in their missions to bring private jet travel to more of the masses.

Driving The Future Of Travel Management

In January 2015 we covered an apparent trend in which upstart companies were turning to veteran travel managers to build and/or run their travel programs. There are a number of such examples, and it puts the travel expert — often older than the employee population — in the challenging position of advocating for corporate policy to freewheeling cultures.

Sean Parham of Riot Games is a great example; see our case study on his virtual card program here.

In our original article, we detailed the job opening at car maker Tesla. Last month, Steve Sitto (formerly of GE and Roche) joined the company as “head of global travel leading strategy and launch of Tesla’s new global program,” according to his LinkedIn profile.

Among other companies we mentioned last year, Uber said goodbye to Margaret Brady, who did a stint at Grant Thornton and now has something else up her sleeve. Karoline Mayr replaced Brady at Uber after six months at Workday, which in November hired former PwC and Goldman Sachs travel manager Kim McGlinn as head of global travel. Dropbox parted ways with Judy Emma, having put Ireland-based former Facebook corporate card implementation manager Patrick Dunne in charge of global travel and expense, according to his profile.

Apple Pay On Corporate Cards … For Real This Time

Last summer we determined that the first banks identified by Apple as supporting Apple Pay for corporate cards in fact weren’t. At that time, no users of true corporate cards had access to Apple Pay. That’s changed. American Express a month later announced that it was the first to enable Apple Pay on corporate cards. MasterCard followed in October, saying its corporate cards can handle Apple Pay, as well Samsung Pay and Android Pay. There have been more developments, though Apple Pay’s application in corporate travel thus far has been limited.

Last year we reported on a pilot of the U.S. Defense Department’s first centralized lodging program. In March it expanded to include Public-Private Venture lodging properties as bookable options in the Defense Travel System. PPV properties are on or near military installations. They previously were owned and operated by the U.S. government but now are owned by commercial lodging companies.

The U.S. Army’s Privatized Army Lodging program is one of DoD’s largest such programs. It will be the first one added to DTS. Government travelers going to sites included in the pilot can book these properties when government lodging is not available. If neither government lodging nor PPV properties are available, travelers can choose approved traditional commercial lodging options.

In an experimental project, Microsoft last year revealed it was developing a mobile app to help users “say goodbye to expense report hell.”

Well, say goodbye to that. They dropped it.

You get what you pay for, and most travel industry business news is free. The Company Dime sells insight. Our mission is quality journalism for those interested in business travel services, expense management practices and travel industry change. Our features, exclusives and analysis equip business travel professionals with vital info for top performance. Here's more about us, our LinkedIn company page and our CorporateTravel.social instance on Mastodon.